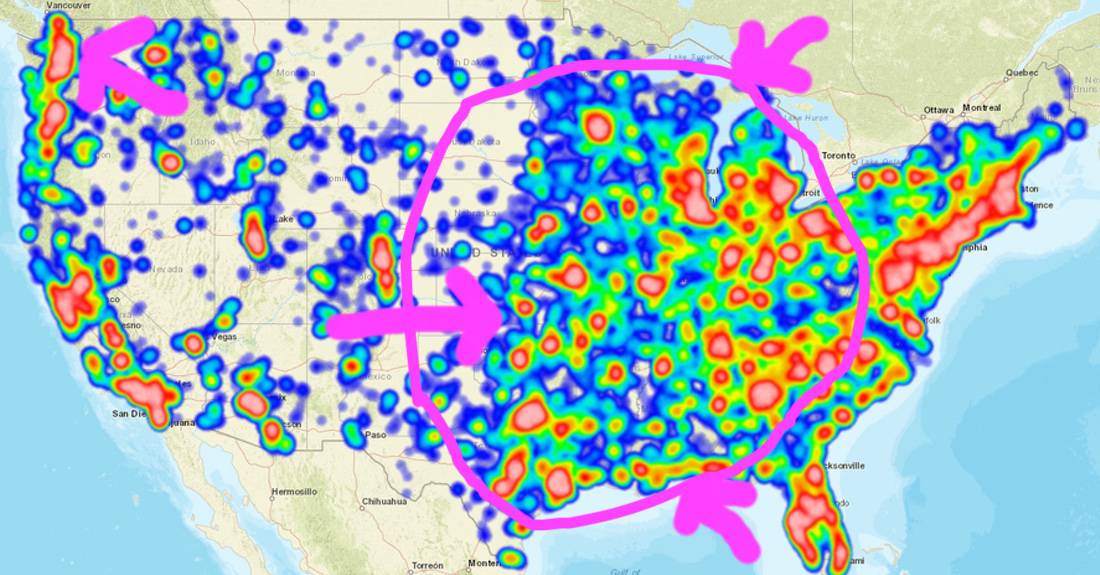 Update: We have done it.

From a single original weight loss story, 100 people have lost over 100 pounds without the use of surgery, drugs, branded products, or membership or coaching fees, with a meal framework that can be done on food stamps.

In a week or so, we will be able to say this:

From a single original weight loss story, 100 people have lost over 100 pounds without the use of surgery, drugs, branded products, or membership or coaching fees, with a meal framework that can be done on food stamps.

What’s most crazy to me about the statement above is that the story is mine.

At my high weight of 280, back in 2017, and my decades of struggle with my weight, I certainly never imagined I would be thirty pounds below my lowest adult weight and a “half my size” weight loss case (down to 140 pounds from 280). The idea that I would then be providing any sort of leadership in weight loss would have been completely ludicrous.

And yet, here we are, at 95 “Century Bears” — 95 people who have lost over 100 pounds since finding Eat Like A Bear! (We have gotten a whole lot of people to the finish line with fewer pounds than that.) The website graphic currently shows 95 cases on May 12.

We project we will hit the century mark by Memorial Day.

The backstory on all of this is long and emotional. I have begun to retell it in daily live videos. You can find it serial-style on the channel, with notable storylines such as “I had planned for someone else to lead this.” (Learn who that was, why he may be the number one reason we’re all here, and why I’m here instead of him.) The stories are near the beginning of each live video in this playlist:

Notably, the story includes the backstory of the video “A Postcard from Yellowstone.” The video did get five million views, but that number of views is not really even noteworthy in social media for a good weight loss story. What is notable about “A Postcard from Yellowstone” is that over half of our Century Bears found my story through this video. The video has also shaped the culture and success rate of the Eat Like A Bear! community.

100 Century Bears (and many other weight loss success cases) is even better.

One Story, Many Seeds

Guess what happens when you get to wear jeans with a belt and a tucked-in shirt for the first time since 1985? You tell a friend.

All of what we are seeing here may be as simple as that: What we do works. We tell friends, or friends can’t help but ask.

And then our friends tell friends.

That is the story four of us recounted to Nicole Gitzke at KGET Bakersfield this week.

Anna Sul asked me what I had done. Melinda Conley asked Anna. Melinda’s mother, Lorrie, joined Melinda. (We all bawled as we spoke with Nicole. We’ll let you know when it airs.)

The fact is that our community is rich in stories just like this, and it is my top goal to help get these stories told.

Long before I started paying much attention, perhaps about two years ago now, someone joined the community from Minnesota or Wisconsin (it seems) and announced, “I heard about you guys in the produce section of the grocery store!”

Who was that person, way up north, in that grocery store? Is that person the reason we now have FIVE Century Bears in Wisconsin?

It’s not a ridiculous question.

As we work on adding more stories to this website, more little social clusters of cases are emerging, where one person tells a friend who tells a friend.

Take the little chain of me, Anna, Melinda, and Lorrie, or take this “stranger in a grocery store” incident and then aggregate that over a whole lot of people (and probably a key point that 5 million people saw my video “A Postcard from Yellowstone”), and I offer you a map of BearlandUSA.

The “hotter” the spot on the map, the more Eat Like A Bear! community members live in that area.

(Sorry to the rest of the planet for being so American, but this is the best my data and software can do at the moment.)

We Call Them “Century Bears” and We Wonder: Where is the 100th?

As we count up to 100 “Century Bears” — members of the Eat Like a Bear! community who have lost 100+ pounds since finding us — the map of Bearland USA has my younger son, Alastair, captivated by this question:

Where is the Century Century Bear?

I am captivated too.

Alastair and I have obsessed together over the regions that dominate our Century Bear list. What regions or states will dominate this list?

(Read how this all turned out, here.)

We have community members all over the world. We have little clusters in Belgium and South Africa. We have at least one Bear in Mauritius, a point that I love because Mauritius is nearly directly opposite my location on the globe.

Will the 100th Century Bear live in one of these core areas? Will he or she surprise us and emerge from Mauritius?

Though we are global, I only have specific location information for people here in the United States and, more specifically, people to whom we shipped books via the U.S. Post Office. (If you haven’t read the story about how we nearly broke the postal service, you can find that here or the feature in the USPS employee magazine, Links here.)

We pulled all of that shipping data and popped it into a geographic “heat map” to see where everyone was. This is a view of the lower 48 United States. You would expect a good number of buyers on the two coasts. That’s where most of us live. The surprise on the map, I expect is the whole heartland — from the Twin Cities, Wisconsin, and Michigan, all the way down into Oklahoma and Texas, with many people in Ohio, Kentucky, Tennessee, and Georgia.

Based on the U.S. data, if our Century Century Bear is to come from the United States (which is the most likely country), Alastair and I put a buck or so on a prediction:

The Century Century Bear will come from Missouri or Wisconsin, or maybe Texas or Oklahoma. 🙂

As for those predictions above, Alastair and I are on the fence now because we did sell quite a few books to people in the Twin Cities and have two Century Bears in Minnesota. With the northern theme represented by the Yoopers and the Alaskan and Canadian Bears, maybe our Century Century Bear will pop out somewhere near the headwaters of the Mississippi River.

Really, as we count up to 100, we are excited to plot each new location on the map! 🙂

And for those of you contacting me and saying “I’ve been trying, but I don’t think I’m going to make the first 100!“: You do know that we’ll keep counting, right? We’re waiting for you!!!

For those of you who love to browse, here are a few more graphics. (I am fussing a bit to improve the visualization of the map and some other usability issues, but this is what we’ve got for now.)