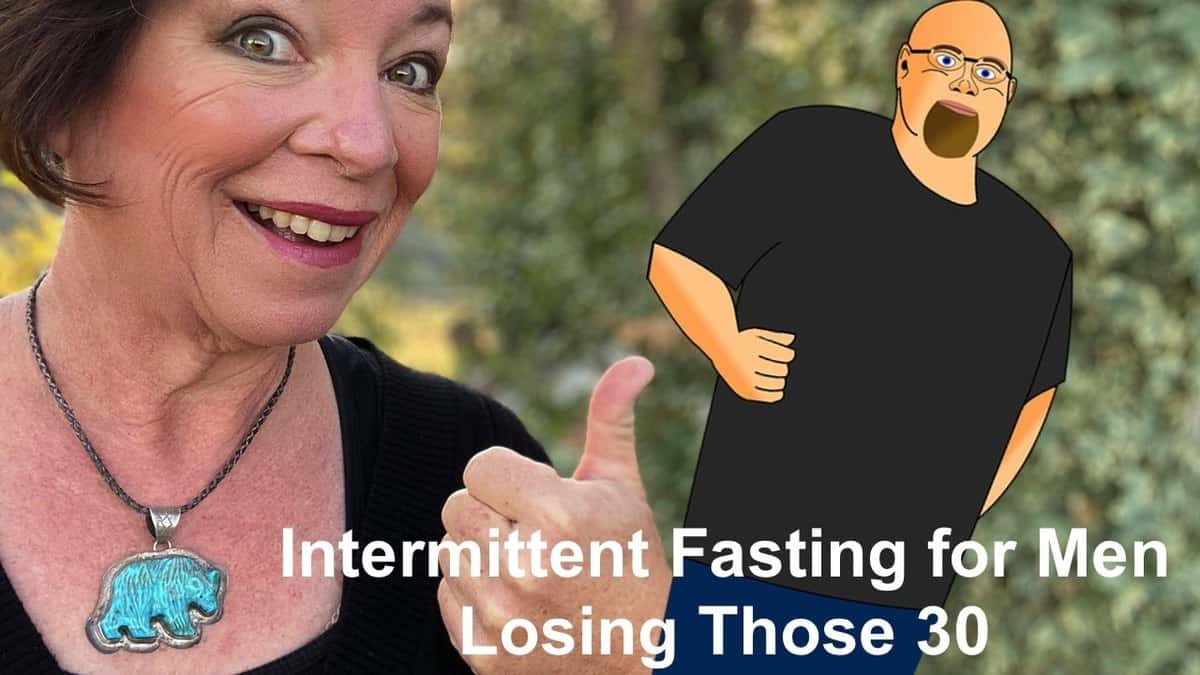 It’s a funny thing. Many, many women are interested in hearing how I lost weight. Men secretly contact me to ask about it too. It entertains me because the women, for the most part, have FAR more pounds to lose. A bunch of guys out there have like 30 pounds to lose. We ladies would love to have that problem!

OK, so if you’ve been trim your entire life and can eat anything at all and not gain, facing the extra 30 is actually a big deal. Cutting back in any way is a completely new experience and probably far harder than what I’ve had to do to lose. I have restricted myself my whole life. Restriction is how I’ve lived. Add a different framework is just a tweak. Adding restrictions when you’ve had none whatsoever can be a very big deal.

And soooo, intellectually I have a lot of sympathy for you guys who have never had a weight problem and need to buckle down and lose 30 pounds. (*cough* *hubby*) That said, I frequently add, “God loves you more!” I mean, really. Geez. Anyhoo….

What on earth should you do?

Good news: I don’t think you have to get all hard core and follow my one-meal-a-day approach. If you could cut back to an intermittent fasting eating window of 5 to 8 hours and restrict your carbs, you’ll probably solve your problem in some weeks without a whole lot of pain.

One of my friends, we’ll call him “Pedro” for the sake of anonymity, ate one meal every-other-day and alternated with two meals on the off days. All meals were keto — salads plus meat or steak plus vegetables. He lost 8 pounds in one week. That’s fantastic. He feel off the wagon but he knows the model works for him and can jump back on when he’s ready.

A second friend read this very post, implemented the model, and lost over 50 pounds getting back to his high school weight. He ate one ridiculously giant keto meal a day. It worked well for him.

Somebody’s husband (*cough*) may or may not have also seen this post and worked on that 30 pounds. He lost 15 in a month eating two low carb / keto meals in five hours a day. After a couple of weeks with great success, he dabbled a bit with one meal a day and reports that it just isn’t that hard. (Told ya so!). He’s down 20-some pounds and at a good fighting weight.

I think that’s what I’d like to see people doing: Give the intermittent fasting model a shot. If it works, you’ll probably know pretty quickly. It is your new tool. If it doesn’t work and you’ve followed all of the principles, you can move on without a lot lost.

Read more about how I did it:

Don’t miss the photos: Before and after intermittent fasting.